Gwinnett Home Prices for February are In!

Comparing February 2015 to February 2016, the number of homes listed for sale increased by 1.2% while the number of homes sold decreased by 5.8%.  This would generally indicate a stronger Buyer's Market for 2016 over 2015. However, the lack of currently available inventory will continue to drive home prices higher in 2016.  The decline in the average number of days on the market for for sold properties (from 69 to 67) also reinforces a strong Seller's Market for 2016.  With the limited supply of homes on the market,  along with a strong buyer demand, we can expect to see a continued rise in home prices in Gwinnett for 2016. 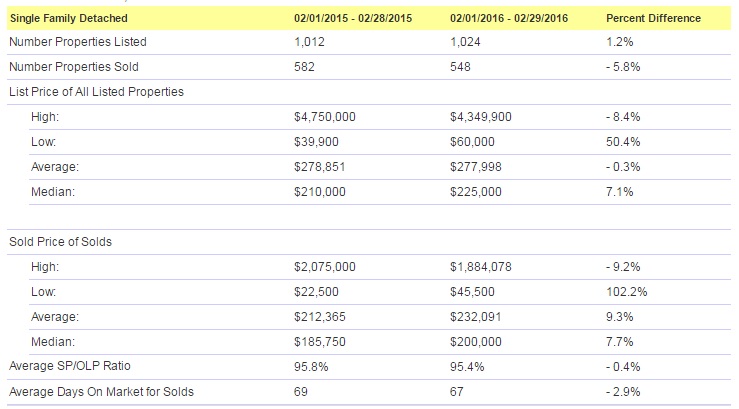