Gwinnett Home Prices for January are In!

From January 2015 to January 2016, the median sales price of single family homes in Gwinnett increased from $182,000 to $192,625 which represents an increase of 5.8% while the average sales price from the same period increased from $218,817 to $223,572 representing only a 2.2% price increase.  This difference in price appreciation represents an increased demand for lower priced homes in Gwinnett for 2016.

Comparing January 2015 to January 2016, the number of homes listed for sale decreased by 11.9% while the number of homes sold increased by 13.2%.  This represents a stronger Seller's Market for 2016 over 2015.  The decline in the average number of days on the market for for sold properties (from 76 to 63) also reinforces a stronger Seller's Market for 2016.  With the limited supply of homes on the market,  along with a strong buyer demand, we can expect to see a continued rise in home prices in Gwinnett for 2016. 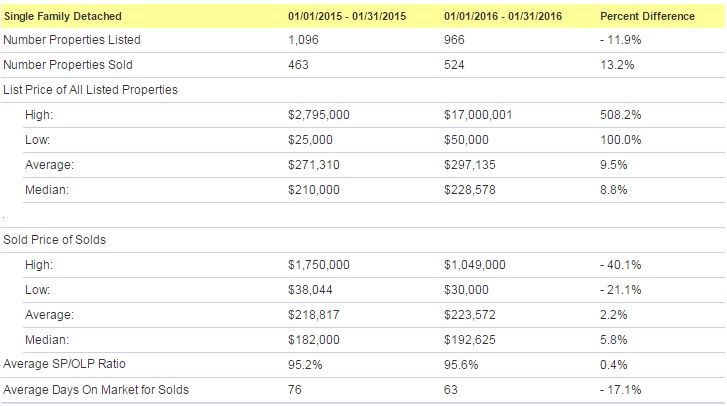